Memories from the creek walk, by Laura Fisher

Being proud of myself for identifying a kangaroo apple plant and eating one, but being very glad to swap that bitterness for the taste sensation of half a passionfruit from the vine opposite, foraged by Lucas. 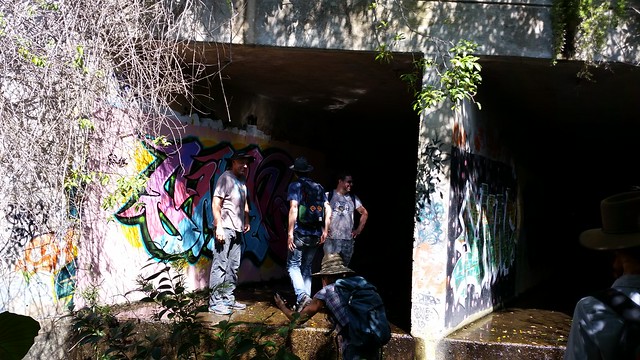 The joy of discovering those tunnels, and a few of us briefly trying to harmonise in there. I thought for a moment about the relationship between the graffiti on its walls and the creek walk – two kinds of creative activity that share some kind of illicit (?) quality in public space: hanging out in places we ‘shouldn’t be’. 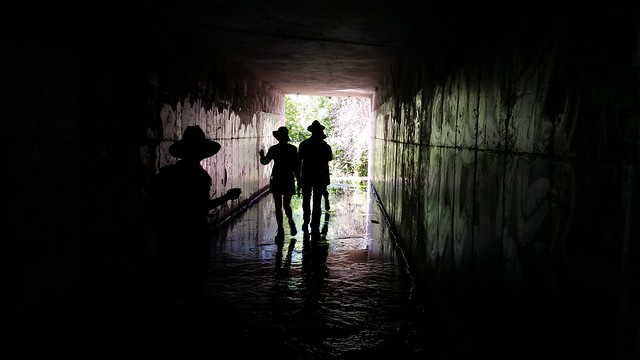 Watching Kim attack the lantana. It all had a really adventurous feel, like a Vietnam war movie, until I saw the geometry of the fence through the thicket, and then the romance was over. I still have forearm scratches from my efforts. We talked about needing a machete – I have always been captivated by the sound of the word machete, I think because when I was a kid I never knew what it was but knew it was dangerous. 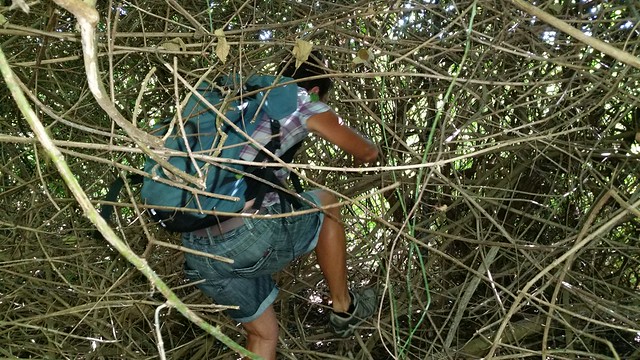 There was something very moving about the little camp set up just after the bridge. The way some pillows and belongings were wedged in tree branches created the sense of a tenuous domesticity. When had they been there last, and when would they return?

The rubbish at the beginning part of the river was pretty frightful, I was frustrated to not have a means of collecting it. Next time! Gumboots and gators next time too maybe.

WATERWAYS OF THE ILLAWARRA